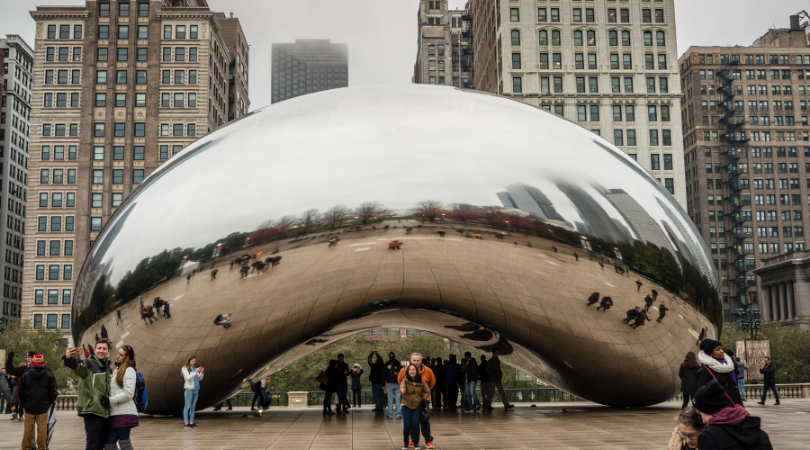 Chicago's friend-seekers are evolving their ways to meet new friends

New report produced by FriendMatch.com releases top 10 cities in the US using the online service to find new friends during the pandemic.

Chicago, IL, April 20, 2022 --(PR.com)-- Chicago has been declared the top city in the United States for people actively seeking to make new friends in a new report released by FriendMatch.com.

Data was obtained from user traffic on the website FriendMatch.com to create a report on the top ten most active friend-seeking cities in the United States.

Rankings were based on a compilation of several factors, including longest average time spent on the platform searching for new friends, bounce rate score (how long visitors stay on FriendMatch after finding the site in a search), number of visits, number of visitors, and number of registered members on the friendship-based site.

FriendMatch.com has a similar service model as an online dating site, but serves people who are seeking friendship instead of romantic encounters.

“While this headline might seem to conclude that Chicago has a loneliness problem, it doesn’t need to be interpreted that way. What we see is a city with residents who are willing to be innovative, and use modern technology to expand their friendship networks - the use of FriendMatch can be an indicator that Chicago citizens are ambitious friend-seekers who can adapt to technology. We are very pleased to be able to help this city’s residents to widen their friendship circles,” says Katie Hartle, Founder of FriendMatch.

“Friends make quality of life better! It is so important to make friendship a priority, and this is exactly the action that Chicago residents are taking by using our service to make more friends,” says Hartle.

Globally, the United States it the busiest country in the world on FriendMatch.com out of over 200 countries on the site.

The top 10 busiest friend-seeking cities in the USA, according to the report based on the last 12 months of traffic are:

About FriendMatch
FriendMatch is an international social networking service that helps people meet and make new friends, both locally and worldwide. It is a place to make real connections, whether online, to talk to and connect from afar, or in person, for coffees, walks, or to hang out.

Launched in 2011 on Dragons’ Den, FriendMatch has answered the question, “How to make friends?” for more than 6 million people and counting.