Is making new friends one of your goals? 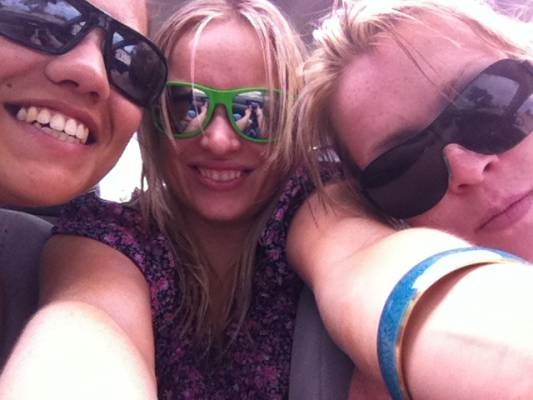 A few years ago, nearing the end of an evening at a pub in Fort Lauderdale with an old we'll call Tom, we started talking about people in our lives.

When I mentioned a friend of a friend named Jeremy, Tom said, "Oh yes, he is one of my target friends."

What is a Target Friend?

Tom is a motivated guy, I have seen him visualize and then attain his dream career, car, and life.

It almost wasn't surprising to have him explain to me that he attained friends with the same goal-driven manner.

Turns out Tom admired some qualities about Jeremy, including his ability to be very disciplined about his health, a quality Tom wanted to improve in himself.

So Tom made it a goal to be Jeremy's friend, and like any of his other goals, he was taking steps to achieve it.

A couple years later, Jeremy was one of the groomsmen at Tom's wedding, so it must have worked!

I was inspired to think about who my Target Friends would be.

Do you know anyone who could be your target friend?

Find out how FriendMatch is helping people to make new friends

How does FRIENDMATCH Help Me Make New Friends?

FriendMatch is an online service to help you meet new people from your neighborhood or from around the world.

Use our search tools to find new friends.  Search by age, gender, location, interests, or just by keyword.

Send a message and introduce yourself to people you’d like to get to know better, and then take your friendship from there!

We provide tips and tools to help you keep in touch with your friends- a blog with inspirational friendship stories and tips, speed-friending networking events - because life is busy and we want to help!

Click here to sign up to FriendMatch for free and start making new, real friends, from nearby or from around the world

(Like online dating, but for friends instead of dates!)

Recipes for sharing
Subscribe via RSS
Travel
Subscribe via RSS
Your Stories
Subscribe via RSS
Dinner Parties
Subscribe via RSS
Loneliness: A Worldwide Epidemic
News Release: The Massive Social Network You Haven't Heard of that is Quietly Helping Millions
5 Relatable Reasons Meghan Markle may not have many real friends
The Newest Ways to Meet Friends Online
Spend Valentine's Day with Friends! Some Ideas..
11 ways to avoid Christmas when you're feeling down
Ways to Spend Halloween with Friends! When trick or treating is no longer an option..
Crafting with Cocktails: Fall Fun Day!
Are Married People Lonelier than Single People?
Share your story on FriendMatch